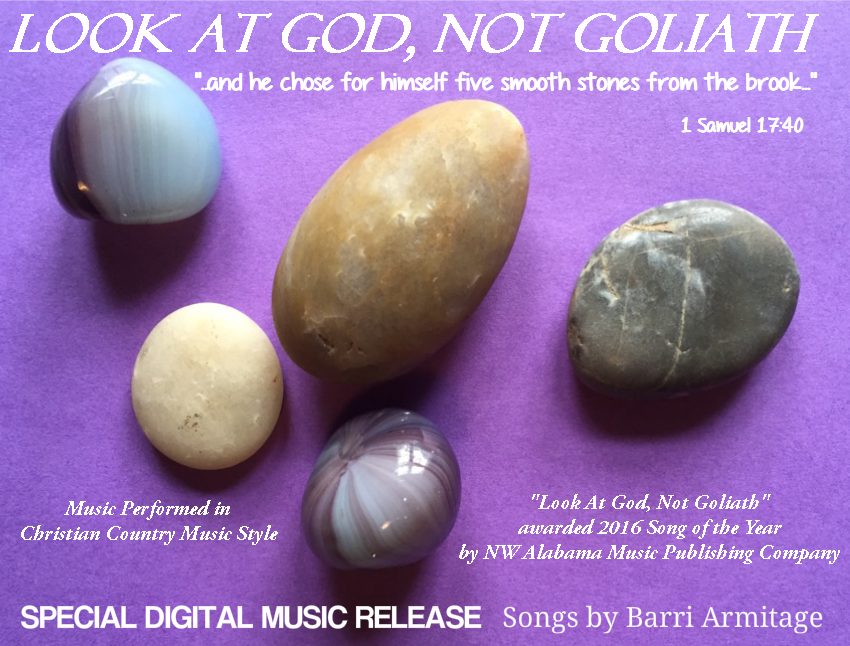 The song, "Look at God, Not Goliath," adapted from I Samuel 17, was awarded 2016 Song of the Year by the NW Alabama Music Publishing Company.  The song, written by Barri Armitage, was recorded by Kimberley Glover in Christian Country Music Style.

The song is part of a special six-track digital music release featuring Barri’s songs set to the sounds of classic Christian Country music.  You can hear a sample of the song, “Look at God, Not Goliath,” by clicking here or check out details and sample the songs in the special release by following this link to the music page.

“Look at God, Not Goliath” will be on Barri’s upcoming new album scheduled for release in July 2016.  “Perfected by Your Loving Hands” will feature 18 songs in the traditional Christian classic and folk music styles as well as two songs in the country music style.

You can visit the MUSIC page and see all of Barri’s albums and releases or check out “Perfected by Your Loving Hands” here!